The Fanblock app brings the atmosphere back to sport – from you and other fans per smartphone or tablet. Fire up and cheer your team and players on from home during live games – reconnect with other fans and your team. MyApplause in cooperation with d&b audiotechnik and Autograph Stadium Sound supply the emotionally charged atmosphere of a full stadium, arena or sports center while they are either empty or have greatly reduced seating capacity. “Fanblock” is the app for every sport enthusiast who wants to bring the feeling of heaving stands back into the stadium. Now with new fan songs just for your team! It’s simple: choose the match you want to watch and your team, fans activate different crowd sounds (cheer, applause, sing, whistle) and the app plays those effects through all connected devices. The more the fans click or shake their smartphones – the louder it becomes, in addition, the effects can also be broadcast over TV or live stream. Emoji can also be sent by pressing buttons and are displayed on large screens or the broadcast video. In the app you can hear and see how many other fans are pushing which buttons and automatic mixing of effects within the app ensures an all-round balanced sound.

More robust communication with the MyApplause servers in ipv6-only networks. 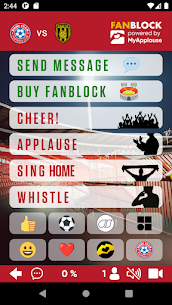 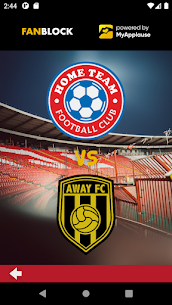 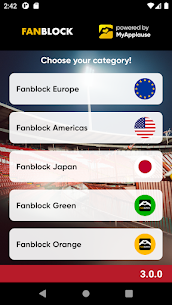