*Screenshots do not show album covers to avoid copyright violations, the app itself will still display the album covers.

Requirements: Logitech Media Server version 7.7 or better (tested with versions up to 7.8). A MySqueezebox.com account is required if you don’t use a Squeezebox Server. You can create one from within the app or on the website. And of course Squeezebox players to control.

Features:
– Replicates almost all of the functionality of a Squeezebox Controller, including the context menus and plugin apps.
– Incremental list loading for fast navigation through the menus.
– Works with both MySqueezebox.com and Logitech Media Server (Squeezebox Server) as the music source.
– Automatic server discovery.
– Customizable backgrounds for each player.
– Works with multiple servers, players can be switched between servers.
– Mini controls in the notification area lets you control your Squeezebox even when the app is in the background.
– Song Downloading – download songs from your server to the device.
– Player Manager for easy syncing/unsyncing of players.
– Customizable Home menu.
– Pebble Smartwatch support.
– Android Wear Support
– Chromecast support (Now Playing display only, no audio)
– Can pause music during a phone call.
– Support for device docks.
– App Widget (home screen and lock screen)
– Tablet Mode (requires In-App purchase)
– Can be controlled by Tasker. For more info: http://angrygoatapps.com/sqzctrl_tasker.html
– Available in English and German


Notes:
– For users of Samsung Galaxy S3/S4, there is a bad tip floating around about ways to speed up TouchWiz. It tells you to go into the Developer Options of your phone and setting Animator Duration Scale to Off. Please Do NOT do this. Doing so will prevent this app from functioning properly and possibly other apps too.

– This app can be quite demanding on the server compared to other controller apps and as such may not work well with a server running on a NAS. Complaints in the reviews about slowness is likely due to having the server on a NAS. This is especially true if you have a large library (more than 10000 songs)

– Use a wifi connection if possible. A mobile data connection would work if the server is setup correctly, but the performance may not be acceptable.

– When connected, this app is constantly communicating with the server. If you’re using a mobile data connection, this may incur a significant data usage fee.

– Tested with the Squeezebox Receiver, Boom.

Changed how playlist reordering works, slide item right to initiate reordering.
Holding the volume down button mutes volume.
Holding the preset button allows an app shortcut to be created on Android 7.1+
Option to use stock Android notification controls instead of the custom one on Android 11+
Added support for the Ratings Light LMS plugin.
Added menu to choose an existing playlist to save to when saving the current playlist.
Added filtering of albums in jukebox view. 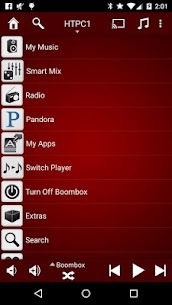 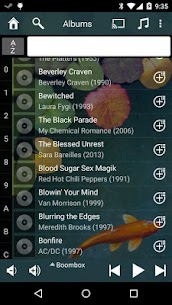 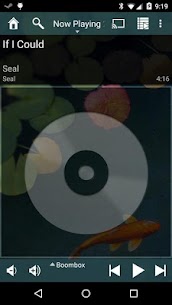 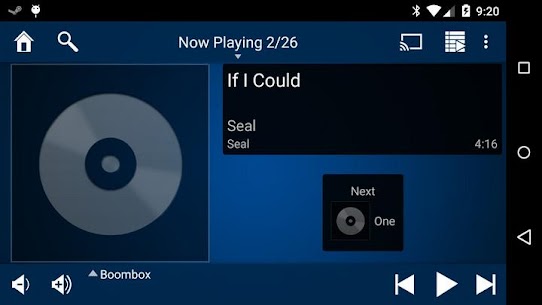 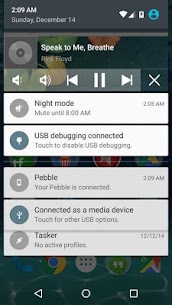